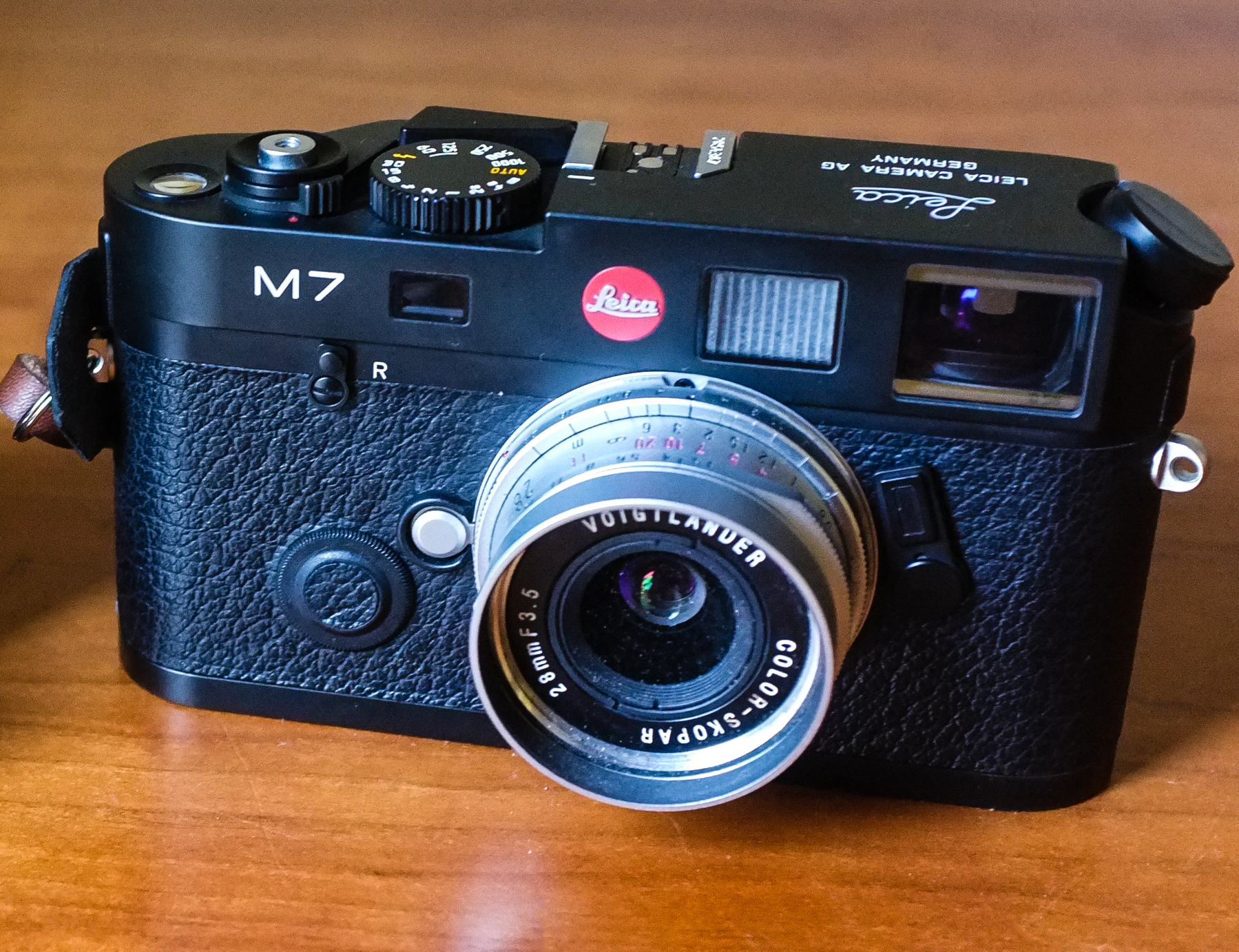 I had a long talk with myself after somehow acquiring no fewer than 4 Leica M bodies. That’s beyond what even I can rationalize. During the talk, I asked myself, “What if you could keep two of them?” The answer was that I would need to buy an M7 in order to keep just two. See how that works? I can explain.

The M3 I bought recently is perfect. I love it. It’s beautiful, legendary, and built better than any camera I’ve ever seen. It has an amazing viewfinder and is generally awesome. Put a 50mm lens on it and I’m good to go. Good to go until I’m feeling lazy, that is. Sometimes, using a completely manual camera with no built-in meter is discouraging. It doesn’t happen often, but when it does I start thinking about digital, and I don’t like when I start thinking about digital.

How might I solve the lazy problem? I solved it by buying an M7. The M7 has aperture-priority auto exposure, quicker loading, and a built-in meter. It makes everything easy.

So, I’ve put the “extra” M3, the M4, and the M6 up for sale, and picked up a beautiful M7 to compliment the remaining M3. You’ve heard it before, but if I’m right, this should take care of the camera problem for quite some time.