I’ve always hated scanning color 35mm film. It’s fiddly to work with and no matter what I’ve tried the color is always off. Then I met the Kodak Pakon F-135 Plus Film Scanner. 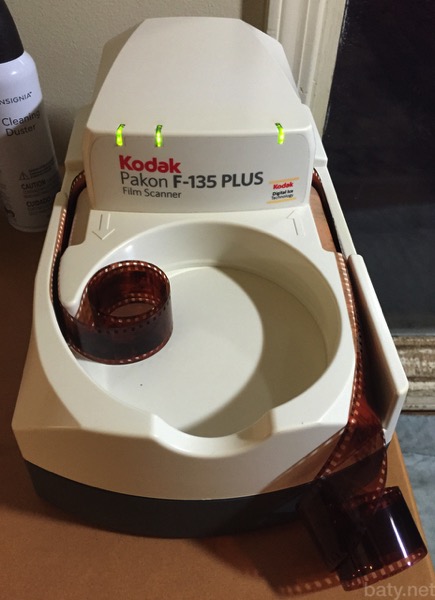 I started to see mentions of this scanner on various forums recently. Seemed too good to be true. The claims were that it could scan an entire, uncut roll of color 35mm film, with Digital Ice, in 5 minutes. That and the colors were supposed to be nailed right out of the box. Originally, the F-135 Plus sold for $8000 (in 2007-ish). Word was I could get one on eBay for around $300. I was sold! I won an eBay bid for $330. The risk was that the units were listed “As-Is” with no returns allowed. A week later the scanner arrived, and I got to work.

The scanner requires proprietary software and only works with Windows XP. I read that some folks were doing this successfully on Macs via Parallels. After a couple botched install attempts, I got everything working and scanned some test strips. The maximum resolution of the scans is 3000×2000. That’s fine for proofing and small prints, so I wasn’t worried about it.

Whoa! It’s so fast! And they were right, the colors looked as good as I’ve ever been able to manage. I have no idea how I didn’t know about the F-135 before. It completely changes the game for me when it comes to scanning 35mm film. No more fiddling around trying to get things flat and lined up in the V750’s flimsy holders. No more swearing at Vuescan or Silverfast and manually setting scan settings and cropping. No more hours wasted trying to get colors to look even close to realistic. I love this thing.

It turns out that I’m not the only one. There was a run on them happening. The same company that sold me mine for $330 was selling the same units just two weeks later for over $800. As-is for $800! The reason I know this is that mine fried itself the night I got it, and I was out my $330. I loved it so much that I wanted a replacement immediately. Not so easy.

I finally found a dealer who had taken over servicing the Pakons for Kodak. He had 56 refurbished units a month ago and was down to 4 when I called, so I paid $950 on the spot, and the replacement arrived today. It works perfectly and is very clean. The consensus is that hundreds of them became available when CVS shut down their film labs, and one company was setting prices at around $300. And they ran out. That pricing wasn’t sustainable, and now everyone is scrambling. Prices are over $1000 today and climbing.

That seems crazy but if you’d shown me one before I’d seen the “old” price and told me it cost $1000 I’d have happily paid that amount. Painful timing, but it makes me excited about shooting color film again. And I’ve only scanned one roll. The image below is from my Olympus Stylus Epic (Portra 400) right out of the scanner and shows Steve looking almost as happy about finding some KBS at Founders as I did about finding the Pakon F-135. 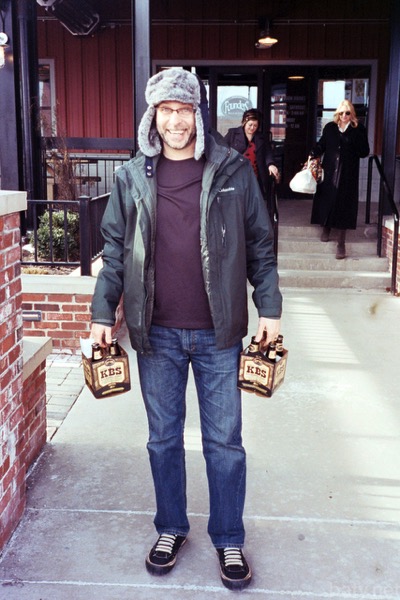