So here I sit in front of a new-to-me Thinkpad X1 Carbon from 2015. It’s running Linux. I spent yesterday wiping it of Windows 10 and installing Ubuntu 16.04. 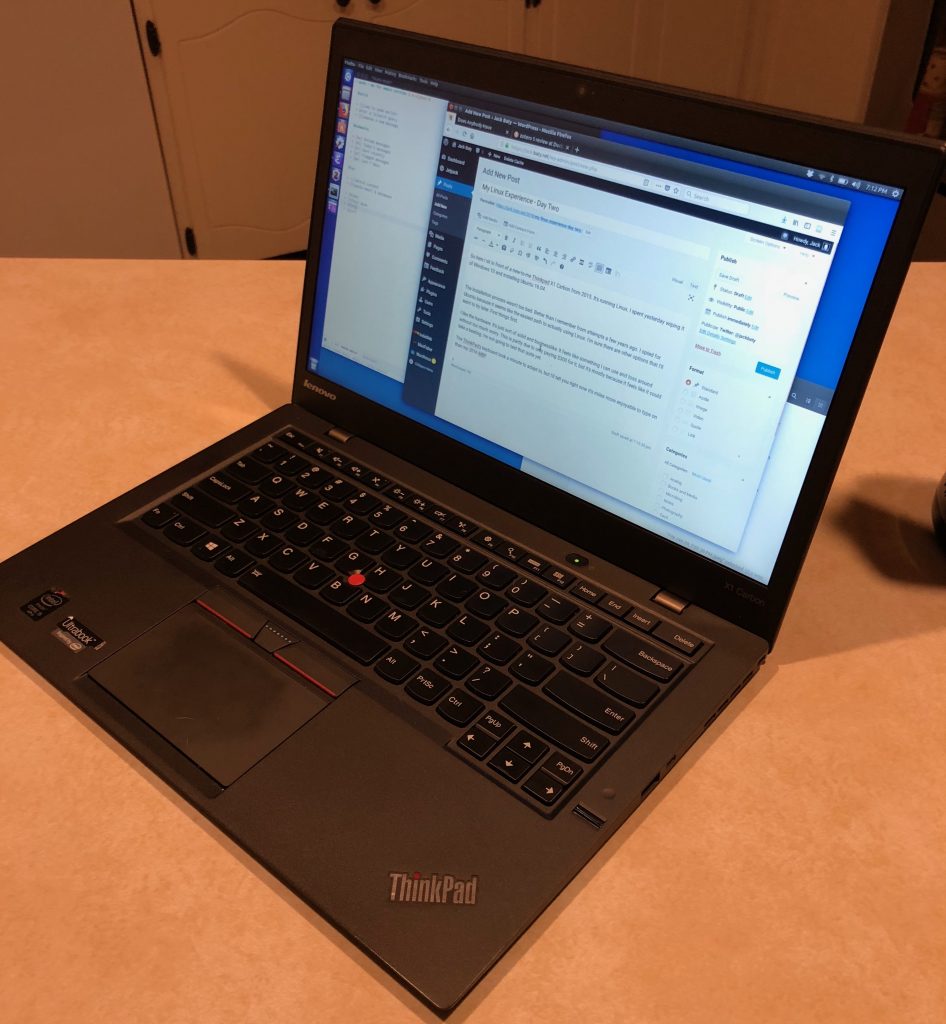 The installation process wasn’t too bad. It was much better than I remember. I opted for Ubuntu because it seems like the easiest path to actually using Linux. I’m sure there are other options that I’ll want to try later. First things first.

I like the hardware. It’s just sort of solid and businesslike. It feels like something I can use and toss around without too much worry. This is partly due to only paying $300 for it, but it’s mostly because the thing feels like it could take a beating. The screen is nice. Not Retina MBP nice, but nice.

I have to admit that I don’t mind not feeling like Jony Ive is whispering in my ear every time I open it.

The ThinkPad’s keyboard took a minute to adapt to, but only a minute. I’ll tell you right now it’s miles more enjoyable to type on than my 2016 MBP. The keys have a lot of travel, and they inspire confidence. Oh, and there’s an actual Escape key, which I’ve missed.

I haven’t explored software much. I’ve got Emacs (Spacemacs) all set up. That took some finagling, as the bundled package was 24.3 or something and I needed 25.x. The package system and software installs are going to take some getting used to. I expected that. My email is all local via mbsync and viewed in Mu4e. At first I thought managing email in Emacs was a gimmick but it turns out to be pretty great.

Other than Emacs, right now it’s mostly just Firefox and a terminal. This machine isn’t intended to replace my Macs. It’s more of an experiment to see how far I can get. I’ll keep you posted.