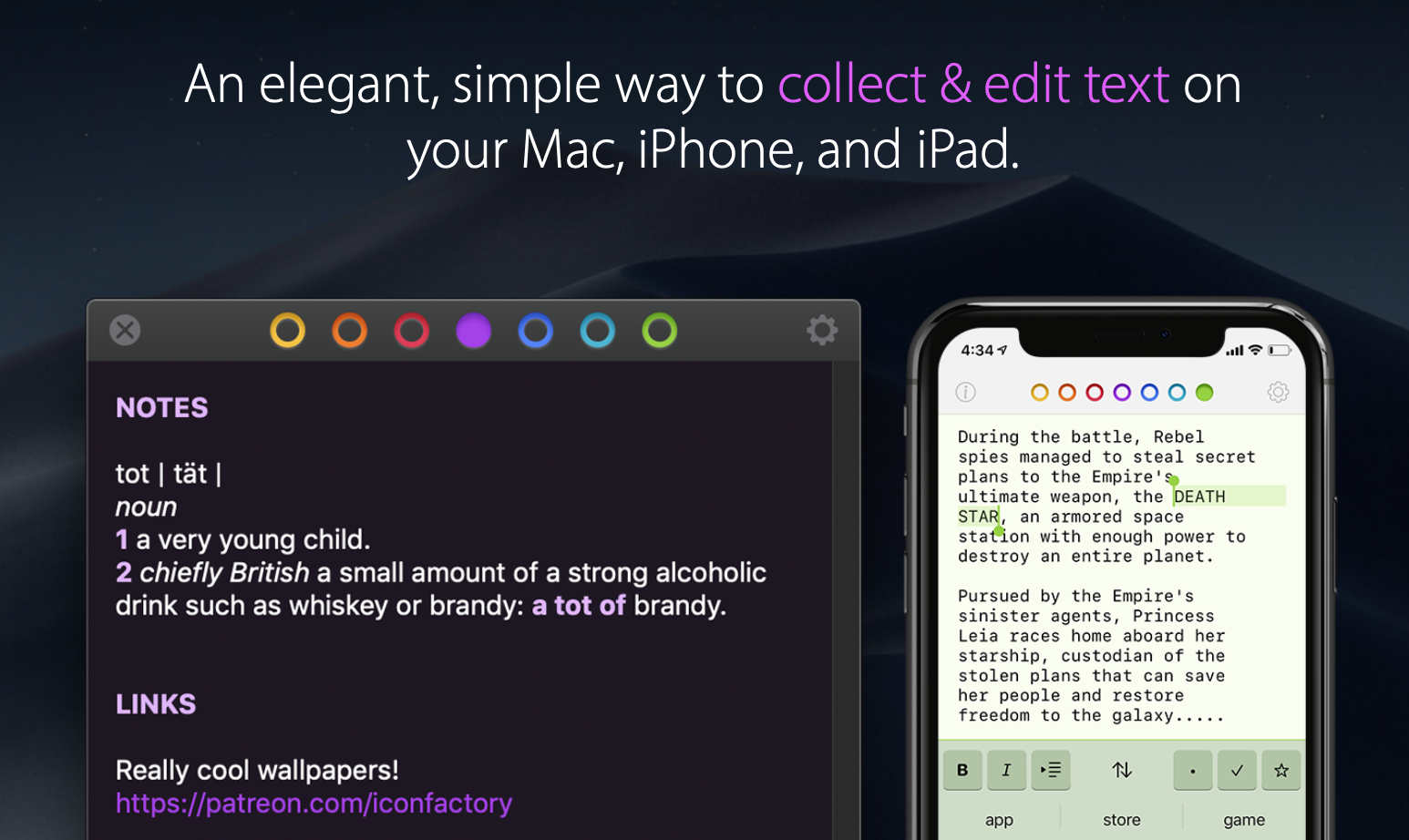 When Tot was first announced, I rolled my eyes and dismissed it as yet another “minimal” note-taking app. I didn’t see any way it could be useful to me. If I want to hold some temporary text, I use Drafts or BBEdit’s Scratchpad or an Emacs scratch buffer.

But what the heck, the macOS version of Tot is free, so I gave it a look. After a week, I’m finding it to be a terrific solution to the problem it solves for me; a place to jot things down for later.

Tot works for me because it sets the right amount of constraints. BBEdit has only one Scratchpad, so keeping a bunch of unrelated text there can be confusing. Drafts can keep everything, so I end up dumping reams of text notes there and never doing anything with them. Emacs scratch buffers are ephemeral and I often lose track of them. The one permanent buffer I have configured suffers the same problem as BBEdit.

Tot, on the other hand, has room for just seven notes. Each note is represented by a circle. The circle is light gray if its note is empty. Once some text is entered, the circle turns color. It’s easy to see at a glance which notes contains text, and to pick an empty one. The clever bit is that once they’re all used, I know it’s time to clean things out and make room. Sure, this could be done in Drafts but the difference is that I _don’t_ do it when using Drafts.

I’ve been using Roam for most of my notes lately, so why not just drop the text right in Roam? I could do that, but what I find is that it only adds noise to my notes. Tot is for text that may or may not be temporary. In many cases, I simply delete it. Otherwise, I use it as a starting point for notes that I want to keep.

There’s an iOS version, which costs an expensive-for-iOS-but-totally-fair $20. I’ve bought the iOS version because it’s a good app and a handy counterpart to the Mac version.

So this simple little notes app that I’d dismissed as unnecessary has quickly become a core part of my workflow. What a nice surprise.