I may take a break from 35mm film

As much as I love using my old 35mm film cameras, I haven’t been enjoying film lately. I’m trying to figure out why that is.

My hunch is that I have grown impatient with the delay between shooting a frame and being able to see/print/share that frame. Having been under “stay at home” instructions for months, I don’t have the creative gumption to shoot 36 frames around the house of the same people and things. It can take weeks to finish a roll, during which I lose interest.

The confusing thing is that although I’m finally set up for darkroom printing, I am only able to print from 35mm negatives. It doesn’t seem wise to get everything configured just right and then not use it, but here we are.

It’s not film itself that I’m uninterested in, but rather the long wait between exposure and print. To help with this I may limit myself to 120 and/or 4x5 formats. A roll of 120 in the Hasselblad is only 12 frames. And 4x5 is practically as fast as digital1.

The Hasselblads are fantastic, and have recently been CLA’d and work like butter. No problem there.

My 4x5 cameras are another story. The Speed Graphic has a light leak and the Crown Graphic (1947) is covered in gaffer tape, has no rangefinder, and is a beat up mess. This has me shopping for a Linhof or similar. Something more modern, less flakey.

90% of the time I shoot 4x5 on a tripod, but once in a while I do it handheld, which is silly. And yet, I often go back to the following photo. It was taken with the Speed Graphic, indoors, low-light, handheld. I love it. It’s sharp, has terrific dynamic range, and looks how I like my film photos to look. I want to make more of these. 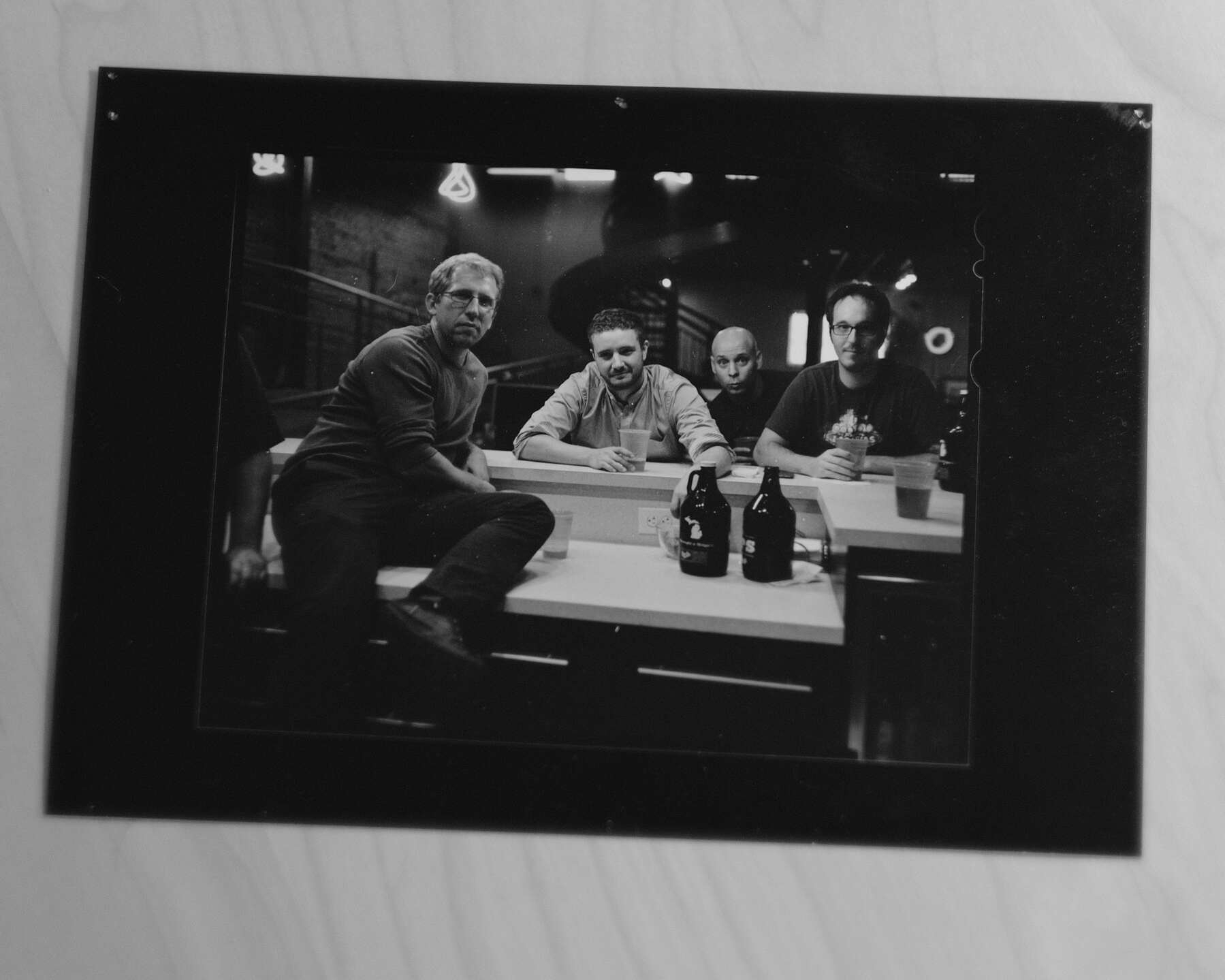 One thing about 4x5 is that I can still make prints if I don’t mind simple contact prints on 5x7 paper, like the print shown above.