I ran one of my favorite found negatives through the MyHeritage Photo Enhancer and I have to admit it’s pretty impressive. 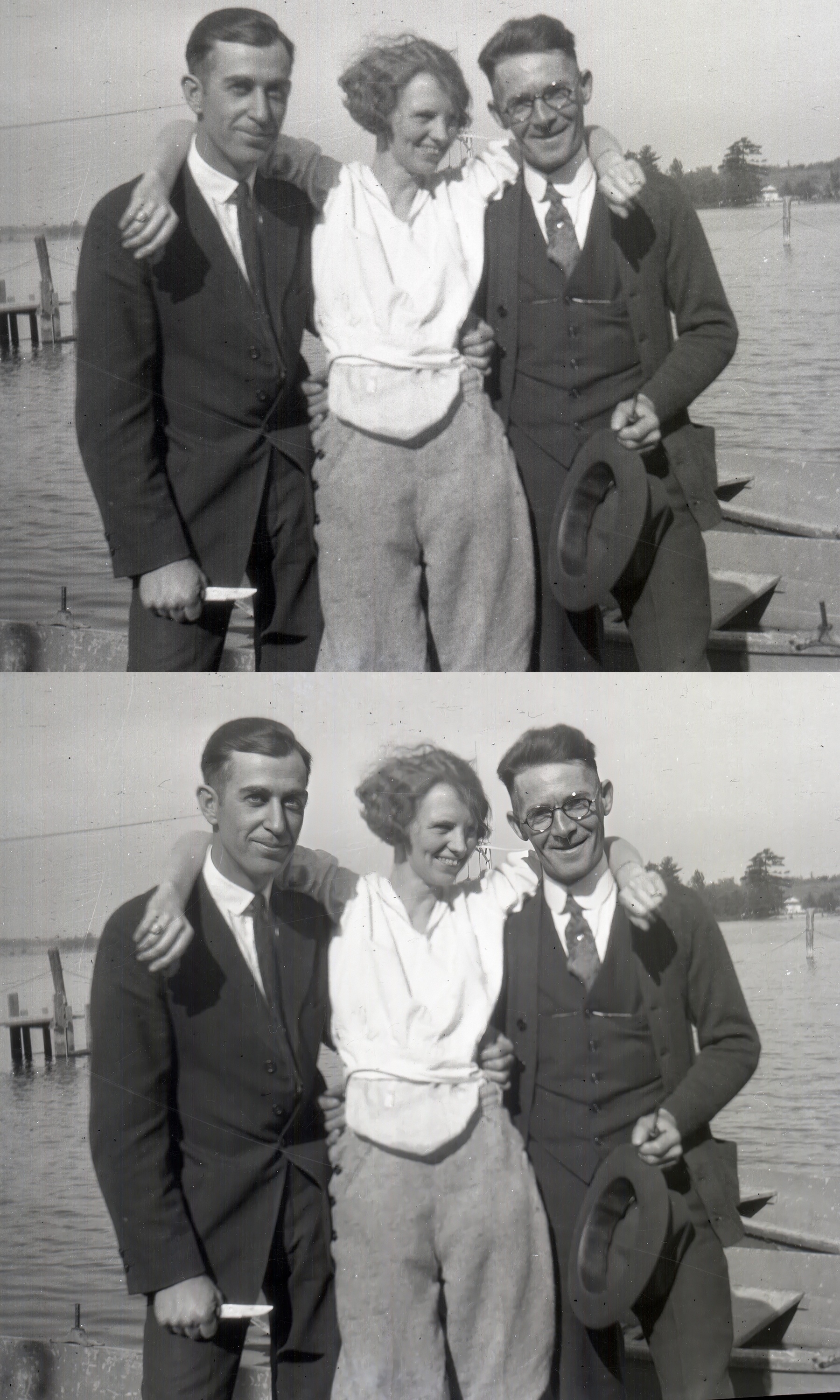 The photos are enhanced using this specialized technology and are not manually retouched in any way. The technology infers what the original faces may have looked like by bringing blurry low-resolution or low-quality photos into clear focus.

The process focuses on faces in the photos and leaves the rest alone. It’s worked amazingly well on the handful of images I’ve tested. I want this for all of my very old negative and photo scans. Unfortunately, it requires a subscription to MyHeritage, in which I’m not interested.

The technology behind all this is licensed, so it must be available elsewhere. If you know where I might find it, drop me a line.

Scanning film negatives with a flatbed scanner is a pain. All scanning software sucks. Every one of them. Fidgeting with negative holders is a joyless, tedious drag. And the whole process is slow. So very slow.

I’ve been experimenting with scanning film using a digital camera. I’ve processed a few rolls this way and it’s working quite well. Here’s my setup: 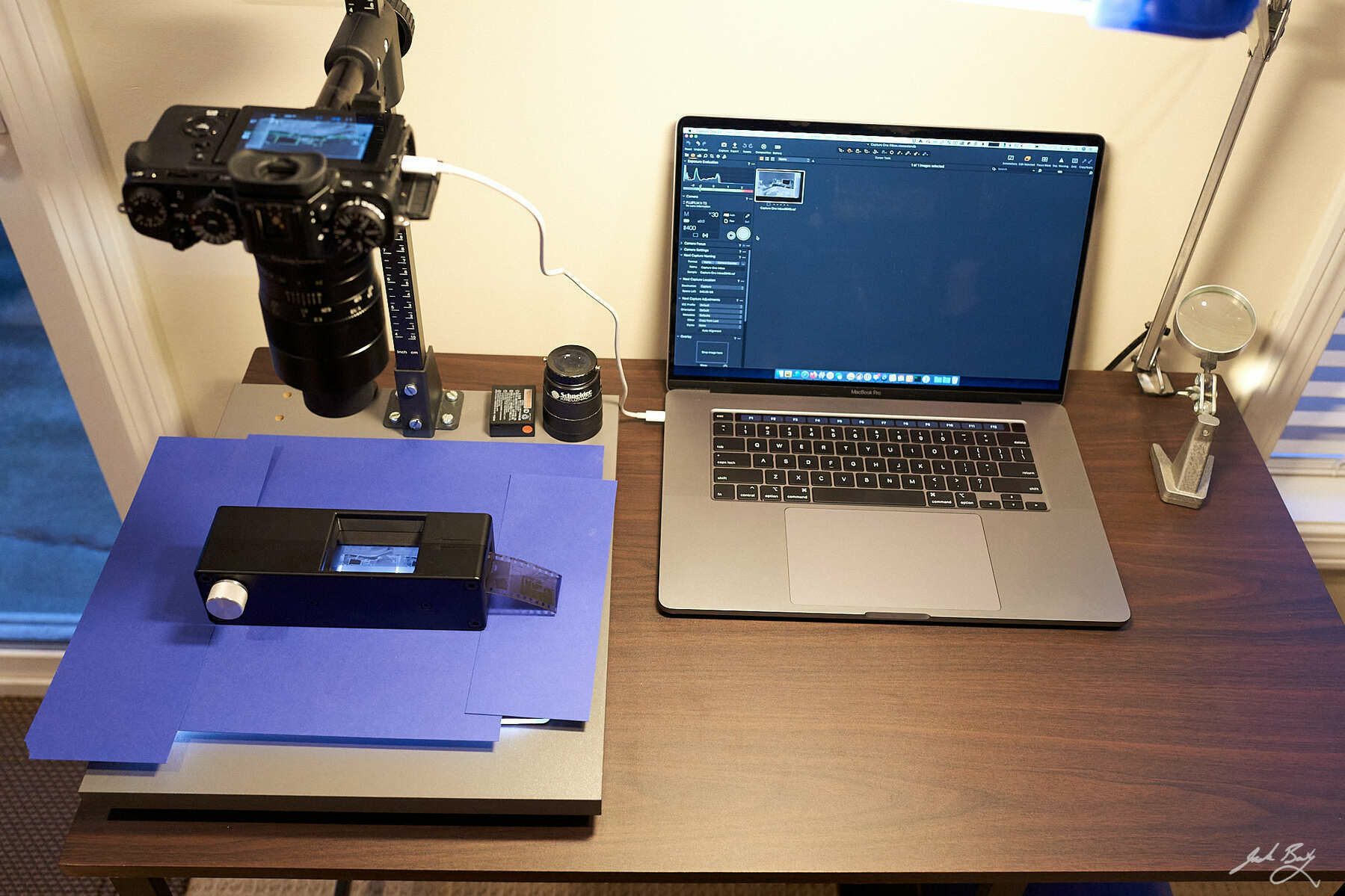 They key to this is a combination of the MK1 Film Carrier and Negative Lab Pro.

The MK1 Film Carrier from Negative Supply makes quick work of scanning a full, uncut roll of 35mm film. I feed the roll into one end and turn the knob to reveal each frame in turn. The film is held nice and flat and it operates smoothly. I was part of the Kickstarter campaign so I didn’t pay the full price of $329, which is good because although the device is nicely designed and made from machined aluminum, that’s a lot of money for what it does. 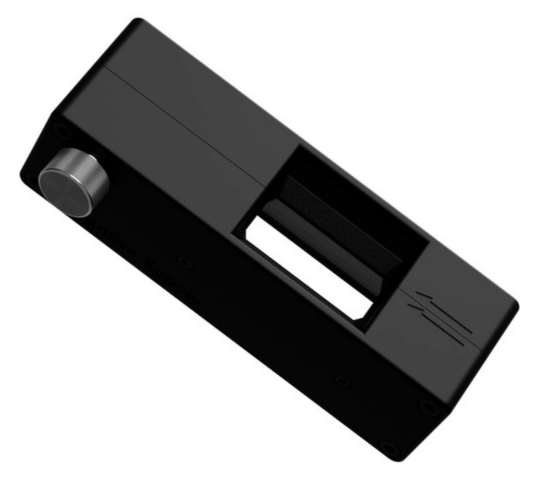 Negative Lab Pro is a plugin for Lightroom Classic that handles conversion of the original Raw “scans”. It’s really meant for color film scans, but I also use it for black and white. I originally used it for processing color negative film scans from the Epson scanner and it did such a great job with those that it became an integral part of my workflow. It even adds a metadata section to Lightroom for adding Exif data like camera make, model, lens, film stock, etc to each frame. This is very handy and replaces my command line version which I frequently forgot to run anyway. I don’t use Lightroom for my normal Raw processing, but I keep it around just for NLP.

The other components of this new scanning workflow are a small lightbox, a Fuji X-T3 with the 7Artisans 60mm Macro lens, a copy stand, and Capture One Pro.

The 7Artisans lens was a cheap Macro option for the Fuji and it works fine. Capture One Pro does a great job at tethered capture so I can make sure focus and framing are spot on for each frame as I work through the roll.

This method of scanning a roll of 35mm film is fast! I used to have a Pakon scanner that was even faster and easier at the actual scanning process, but was expensive, unsupported, cumbersome to get working, and required that I maintain an old Windows XP laptop.

My new digital film scanning process looks like this:

This entire process takes maybe 15 minutes and the results look good to me.