Two Days With the HomePod

Remember that time I wrote that “I don’t think I need a smart speaker”? Well, I bought Apple’s new HomePod anyway. It arrived a couple days ago and I am thrilled with it. 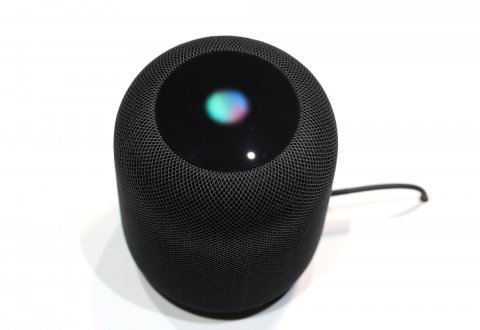 A combination of great sound and just-smart-enough control was enough to make me consider shelling out $350 for a HomePod. Early reviews raved about the HomePod’s sound quality, and that clinched it for me.

It may seem self-evident, but the most important aspect of any music speaker is sound quality. It doesn’t matter how “smart” a speaker is if it doesn’t sound good. I’m not talking about the smart device with a speaker you have in your kitchen for setting timers and telling you the weather. I’m talking about a speaker for listening to music. The HomePod is a speaker made for listening to music that also happens to be able to tell you the weather.

I have a few Alexa devices around the house, and I only ever ask them the same handful of questions. “What’s the weather?”, “Set a timer for 15 minutes”, “Remind me to take the trash out at 7:00 PM”.  Siri on the HomePod doesn’t need to be terribly clever to keep up with Alexa in my house.

Even so, I was worried because Siri and I have never gotten along. I gave up using it (her?) on my iPhone long ago, and I’ve found Siri on the Watch to be pretty terrible.

Not so with the HomePod. I can be listening to loud music and casually say “Hey Siri turn it down” in a normal conversational voice from across the room and she always hears me. It’s wild how well it works. Not having to think about or second-guess Siri is new to me and quite a nice surprise.

As for the sound quality, I did a quick side-by-side comparison with a Sonos Play:5 and to my (admittedly non-audiophile) ears, the Play:5 sounds better but the HomePod holds its own. The Sonos packs more of a punch at louder volumes, but the HomePod sounds “bigger” somehow. The HomePod sounds great no matter where I am in the room. Its best sound isn’t limited to any particular sweet spot. I also think it sounds better at lower volumes than the Play:5.

So, even though I didn’t think I wanted a HomePod, I’m very happy to have one. I like it so much that I’m getting another one as soon as I sell the Sonos.