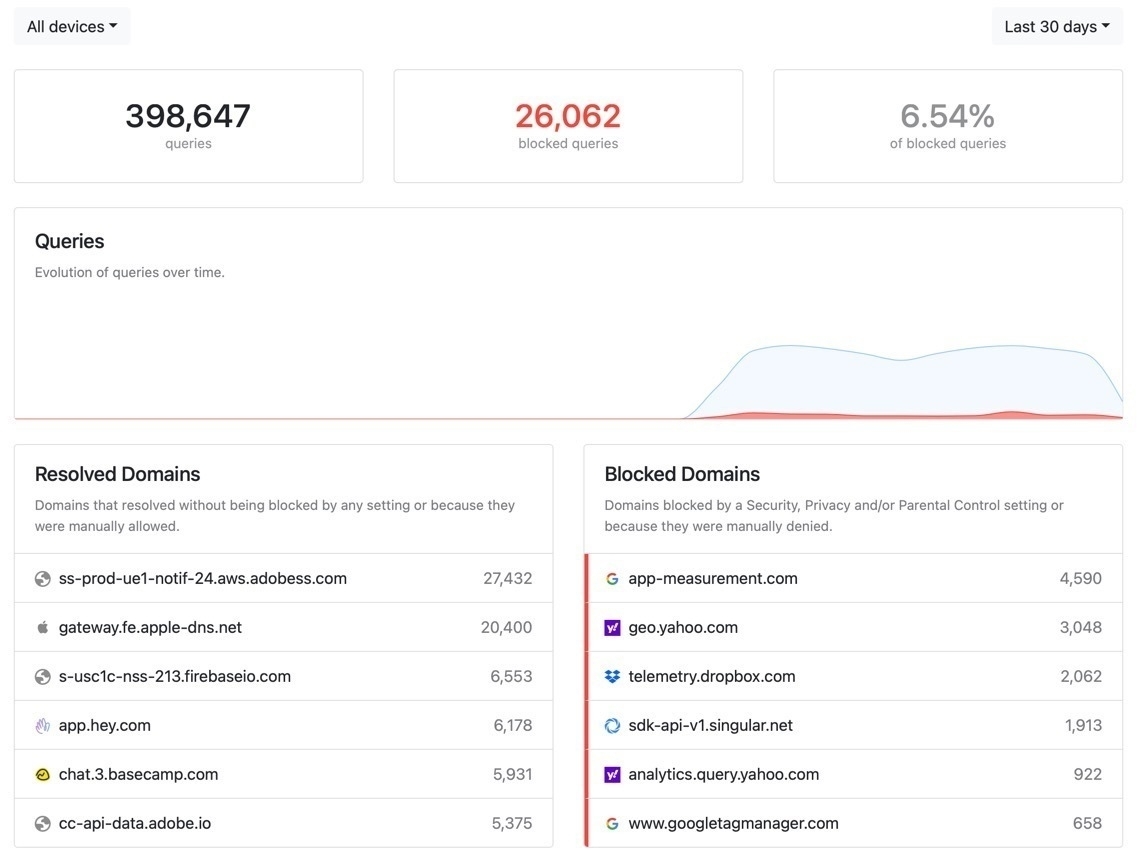 It was fun setting up a Pi-hole on my home network. I learned some stuff, found an excuse to play with another Raspberry Pi, and got network-wide ad blocking as a bonus. The whole thing cost next to nothing and played to my nerdy tendencies.

The problem with my nerdy tendencies is that they come and go. For months the Pi-hole just sat silently in the corner and did its thing. Sometimes the best computers are the ones you forget are there. But then something goes wrong, or I want to upgrade, or some other event requires me to get in there and do something. After so long since not doing anything with the Pi-hole, I forgot how to do anything with it. I try to take good notes, but always miss something and end up flailing about online frustrated and looking for help.

Enter NextDNS, “The new firewall for the modern Internet.” A couple of clicks and it was configured before I knew it. I installed the app on my Mac(s) and iPhone and everything just worked with almost no effort on my part. I don’t remember the last time something that I expected to be complicated turned out to be so simple.

I now have the functional equivalent of a Pi-hole but with none of the “joy” of managing a Pi-hole. I have better things to do with my time, so this is great for me.

I’ve had no issues after the first couple of weeks, and blocking seems to be at least on par with what I was getting with the Pi-hole. So far, I love this service.