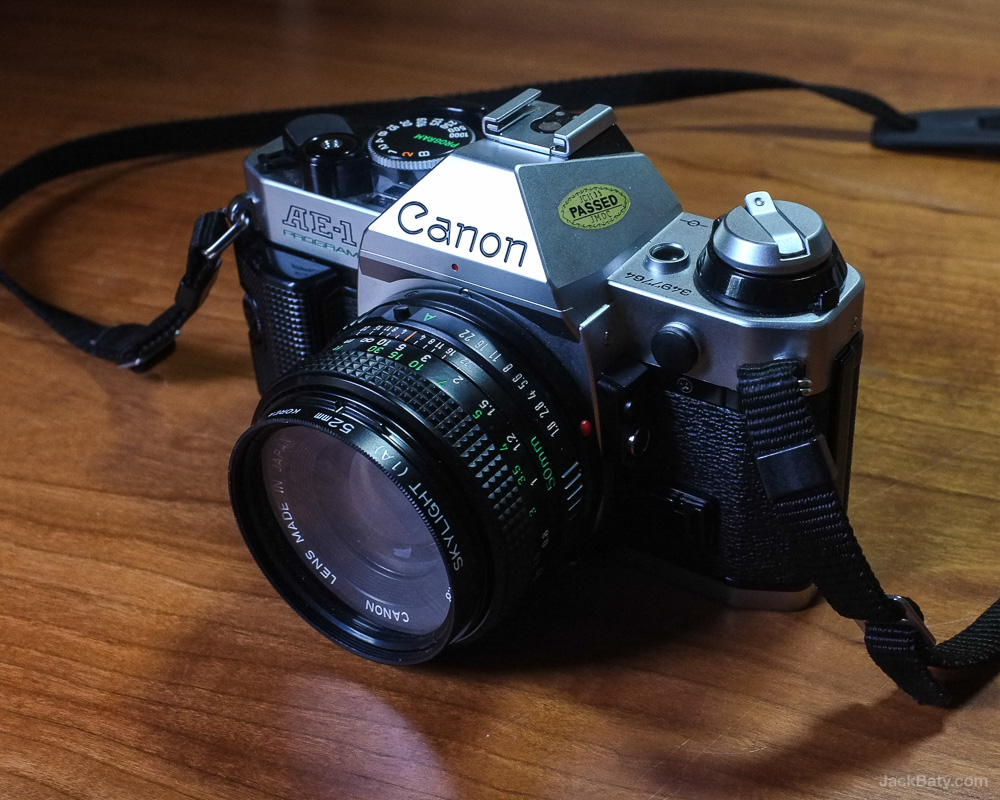 When I think of my introduction to photography, the Canon AE-1 Program is what I remember. It was my first real camera. I received it as a gift from my parents at my high school graduation in 1982. I loved that camera. First thing I did was load it up with Kodachrome and take a photo of a flower. As one does. I believe this next photo is the first taken with the camera 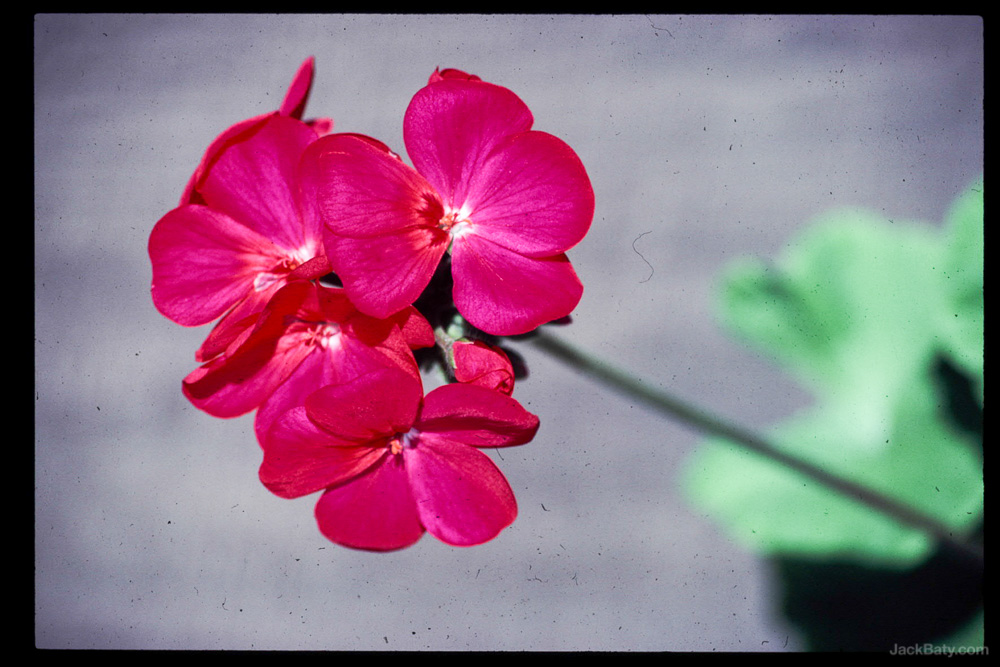 Then I decided to try some meaningful self-portraits. This next one shows me using the new camera. 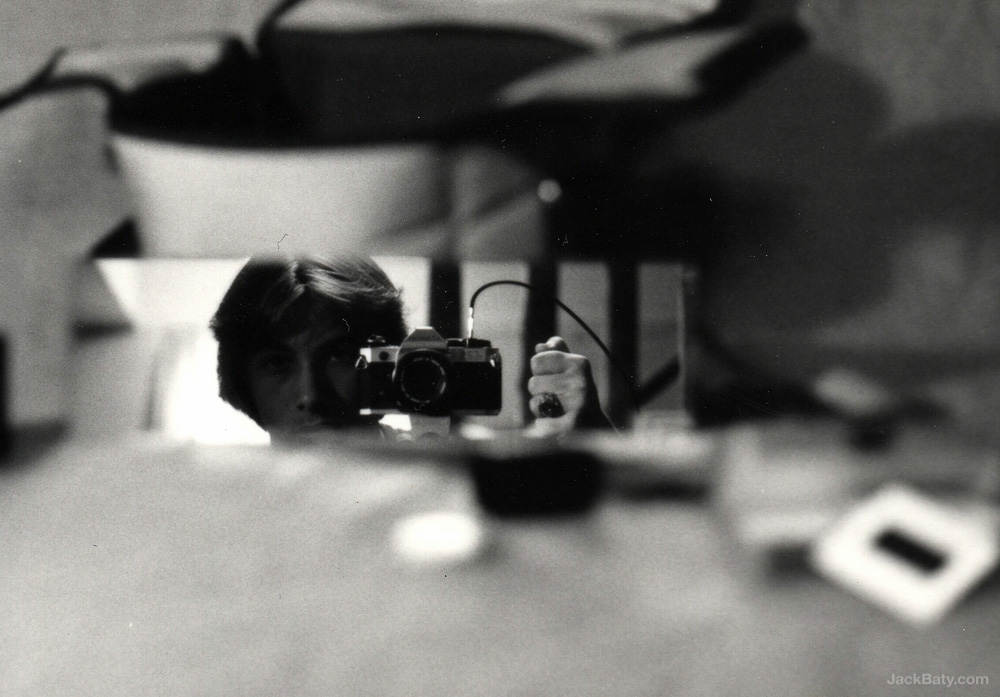 I kept and used the AE-1 for years. I couldn’t afford much film, so there aren’t as many photos from that period as I’d like. Here are a few of those I still have. Without these, I’d have nothing but my aging memory.

I don’t know how much I’ll use it, but just having it around makes me feel good.
[Permalink]